Aroon Hirdaramani belongs to the third generation of an apparel manufacturing group that bears his family name. Hirdaramani Group operates 33 factories employing 60,000 people in Sri Lanka, Bangladesh, Malaysia, Vietnam and Ethiopia. Hirdaramani is a member of a group executive committee that focuses on performance and long-term strategies.

Having studied in Sri Lanka and the United Kingdom, Aroon Hirdaramani graduated from Brown University U.S. in 2001. With a degree in business economics, he went on to work at Credit Suisse in New York, before returning to the family business in 2013. The clothing industry is transforming. Fast fashion and customisation are unhinging the high street clothing retail model.

World over, the digital-led technological upheaval is influencing the way people make consumption decisions. Also, a younger generation of consumers has new demands centred on lifestyle and sustainability.

“We are positioning ourselves to attract existing brands and also the upcoming ones that are genuine about sustainability.”

Aroon Hirdaramani occupies much of his time driving solutions to overcome these challenges. Of late, Hirdaramani has been focused on bringing the latest technology advances to their operations. This has helped increase production and capacity. He believes tech is a critical element of the group’s strategies to scale and grow the business. So too, is the push to move up the value chain. Traditionally the industry has been based around contracts, with pricing, quality and delivery carrying the most weight. But Hirdaramani has seen a trend to offer more value to their customers.

Product development is now an essential factor. As such, the Hirdaramani Group has opened a co-development centre, where clients develop products alongside Hirdaramani’s own design team. “We are positioning ourselves to attract existing brands and also the upcoming ones that are genuine about sustainability,” Hirdaramani says.

High volumes have primarily driven the clothing business. But younger consumers don’t follow fashion trends. They want something that reflects their lifestyle, and they want it fast. “It’s hard to automate the production of that,” Hirdaramani says.

While there is scope for automating specific production processes for bulk apparel order, labour must also be upskilled and retrained to produce customised pieces. Hirdaramani is already doing that, sourcing high-margin custom clothing where order sizes are smaller but can be more frequent. Hirdaramani’s take on the future of apparel is less revolutionary and more evolutionary. He believes that the touch-and-feel element of clothing is something that cannot be ignored, reasoning that the online threat will not be enough to wipe-out physical clothing stores. 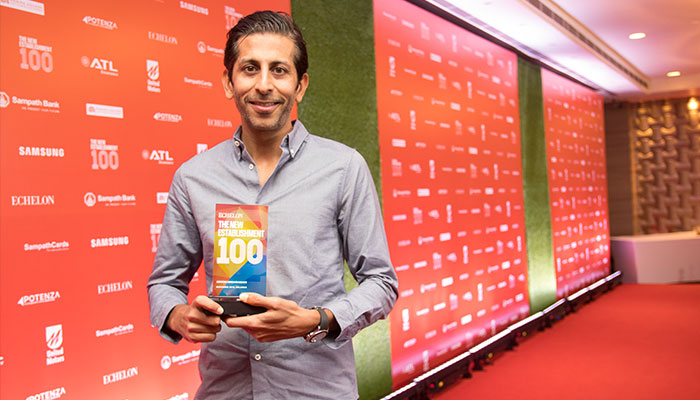