“We are tech agnostic,” Jayasinghe says. However, developing a AAA game gets Jayasinghe excited, and rightly so. The world has been enthralled by the likes of Fortnite, EVE, Guild Wars, Overwatch, Zelda, League of Legends, Total War and Call of Duty for the past decade. Video gaming competitions pay their winners more than PGA tours and Wimbledon. Reports indicate the video gaming industry is currently worth $152 billion, which is forecast to double by 2025.

Gaming is in Arimac’s foundations. Although the firm was founded in 2011, Jayasinghe honed his entrepreneurial skills during his sophomore year at the Sri Lanka Institute of Information and Technology. Jayasinghe, who attended on a scholarship, found his grades lagging behind the requirements for financial support. When the scholarship was withdrawn, Jayasinghe had to cover his tuition. He and his friends repaired laptops and wrote code as freelancers. By the third year, in 2009, they were developing video games.

The leap to form Arimac was taken when Jayasinghe realized how high his ambitions went. Arimac opted for its first fundraising round in 2017 when the firm had $500,000 in revenue. Venture Capitalist Nimal Perera invested Rs250 million. In its second round in 2019, Arimac raised funds from the Emerald Zephyr Fund with a Rs1 billion company valuation. Revenue had grown to $3 million. By then, Arimac had already tried its hand at the impressive sandbox Kanchayuda, a fully-fledged game, and mobile gaming.

“Initially, we will collaborate with some of the larger gaming studios with outsourcing to build our portfolio, and we want to have Sri Lanka’s first AAA game by 2023,” Jayasinghe says. Of the firm’s 130 employees, 30 are in game design, which includes one of the world’s leading authorities on the Unreal Engines—a popular tool for developing video games.

For now, Arimac generates most of its sales through Airspace, the world’s first platform that connects legacy consumer, corporate and staff systems of airlines that had operated in silos. Emirates and Etihad were its earliest users. Some Asia Pacific airlines are currently onboarding. Later this year, Jayasinghe will begin sales in the US market, starting with the west coast. He aims for Arimac to become a unicorn by 2028. 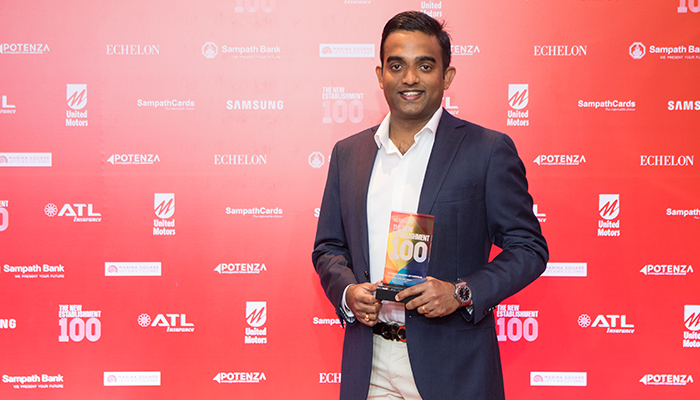