When Chandika Jayasundara was studying for his master’s in IT at the University of Melbourne, he always took notes as diagrams to help him remember better. Interestingly, even those who messily doodle or sketch their way through a boring lecture are more likely to recall information than those who absentmindedly listened, according to research. “The new working generation is more visual. They express themselves visually and prefer to consume visually instead of reading or writing. Then companies too must become visual by necessity,” Jayasundara says.

He, along with some of his university friends, founded Cinergix ten years ago, to publish Creately, the firm’s only product, which offers what he calls ‘visual documentation’. Creately is useful for brainstorming, mind maps, flow charts, software design, organisational charts and business process engineering. It competes with Microsoft Visio and LucidChart. Around 60% of Creately’s users are from the U.S., and another 30% are from other developed markets. Some of Creately’s clients include Google, NASA, Amazon, Disney and Paypal.

“I want to make drawing on a device as easy as sketching on paper. It should be a seamless experience.”

Jayasundara is now in another innovative push. “I want to make drawing on a device as easy as sketching on paper. It should be a seamless experience.” A new version of Creately is being developed. It won’t be long before his competitors develop similar features, as Jayasundara has launched recently. He says they have always adopted innovations Creately has pioneered. The new features are being received well, with Creately’s user base growing from just over two million to three million between 2018 to mid-2019. “It took us nearly ten years to attract two million organically.

“That’s because the priorities of our team changed in that period. We got married and had kids. Recently our appetite for growth was rekindled and we grew by 40% in one and a half years,” Jayasundara said. As the updates become more frequent and with the planned release of a mobile app, he is expecting the user base to triple by 2020. A conscious effort will be made to sell the product, especially in the U.S. and to convert users of the free version into paying ones. Jayasundara is aiming for 100 million users over the next four years. 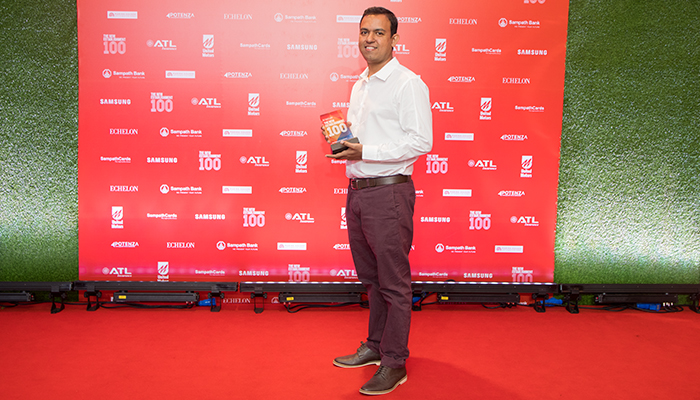