News cycles quickly outstrip the pace of on-ground realities. News 1st – the trilingual news network within the Capital Maharaja Group’s media arm – realised that only reporting on issues can be an ineffective anodyne. It was frustrating to highlight an issue and then be compelled to nudge the news cycle on to the next problem on hand without seeing concrete resolutions to previous matters reported.

This frustration fermented into action propelled by the Chairman of the group a few years ago. Chairman, R. Rajamahendran called Chevaan Daniel asking him to take a news team to a village, organise a forum with the people to discuss an issue, invite the authorities to take part and come to a resolution.

“I didn’t know enough about what he meant at that time, but I knew enough to trust his vision. A decade later, I think we have UBER’ed rural development. The Chairman isn’t just the visionary. He is an active part of every single aspect of Gammadda, even visiting project sites and speaking to rural communities,” says Daniel.

What was the issue that got this all started? An errant elephant named Niyapottha who was bought into a nearby village and running amok. A village forum was held in Sigiriya-Mulla, in the North Central province to understand the nature of the human-elephant conflict faced by the community. Then the News 1st team worked with the village to find a solution to the problem. This single forum marked the beginning of the group’s surge into rural development.

In 2009, News 1st launched the first iteration of its ‘Gammadda’ programme. The initiative sought to understand the problems facing rural Sri Lanka and was a template for an exciting brand of community-driven social responsibility. The group was no stranger to community initiatives, driving disaster relief efforts that go back to the 2004 Tsunami.

“I think it’s great if a company can find a way for its employees to spend time with communities. Some companies do this very well already. If the effort isn’t sincere, people will immediately realise that.”

Gammadda is multi-faceted. The village forums it facilitates helps them understand issues overlooked in the mainstream. The forums help to identify the most pressing problems Sri Lankans faced and then enable the Gammadda teams to assist in resolving them or nudging the relevant authorities to expedite action. Another component is its annual door-to-door research. It partners with the University of Peradeniya to compile data on socio-economic challenges in rural Sri Lanka.

The 2018 edition of the Gammadda report identifies issues such as safe drinking water, transportation challenges, the elephant-human conflict, kidney disease, environmental pollution and disaster vulnerability as some of the most pressing challenges in rural Sri Lanka. The findings of these reports are used to drive their grassroots projects in collaboration with numerous communities. Gammadda Saviya village committees operate to ensure the longevity of projects, ensuring maintenance.

In the initial years of Gammadda, the organisation’s news teams were assigned to these projects. These teams were often led by young journalists of the newsroom, giving them a chance to build on their leadership skills. “Many of the young men and women who were leaders at the start, are today leaders within the organisation as well”. The leadership for Gammadda projects continues to be given by News 1st journalists, but it has now expanded to include Volunteers, under its ‘V-Force’ initiative.

“It is important to understand that each project is different. Building an electric fence to protect humans and elephants is very challenging. But so is setting up a water purification plant, and repairing a rural road, a bridge, community hall, or a school. This is why young leadership is important. Young people have the energy and innovativeness to make things happen. All they need from us is a steady guiding hand,” he explains.

The Group’s brand of media activism and philanthropy and disruption has ruffled a few (mostly political) feathers. It has also prompted questions about journalism and advocacy mired within a changing global media ecosystem and Sri Lanka’s own tumultuous political context. When a media organisation steps out of the traditional peripheries of merely reporting the story, what are its implications?

To an extent, there are lessons on corporate social responsibility from Gammadda. Daniel notes that only allocating a percentage of revenue and doing projects to win awards was a hollow way of creating impact: “I think it’s great if a company can find a way for its employees to spend time with communities. Some companies do this very well already. If the effort isn’t sincere, people will immediately realise that.”

Daniel, one of the youngest directors in the group’s history to be appointed to the main board, began as a typist and translator at Yes FM, an English radio station within the group. He credits his ascent within the Group to its Chairman who took a leap of faith on “the kid in the newsroom with long hair!” over two decades ago.

“But long before the glitz and glamour of media, were two people who dedicated their lives and worked night and day to give me an opportunity at success – my parents, a Tamil from the North and a Sinhalese from the South,” he notes.

Daniel remains a firm advocate of Gammadda. While acknowledging the need for long term solutions, he stresses the importance of immediate action to provide solutions for rural Sri Lanka. He notes that many of the issues faced by communities are captured in the data about Sri Lanka’s development.

“We do what we believe is right,” he explains “It didn’t take long for us to understand that very few in our main city understood what is going on in rural Sri Lanka.” For Daniel, a key challenge for Sri Lanka’s future is this urban-rural disconnect and the prevailing inequality. “Income redistribution is a must. Sri Lanka suffers from rampant inequality,” he explains, noting that rural folk tend to be double taxed while a collapse in government services such as education, health care and transport exacerbates the economic burden placed on masses. 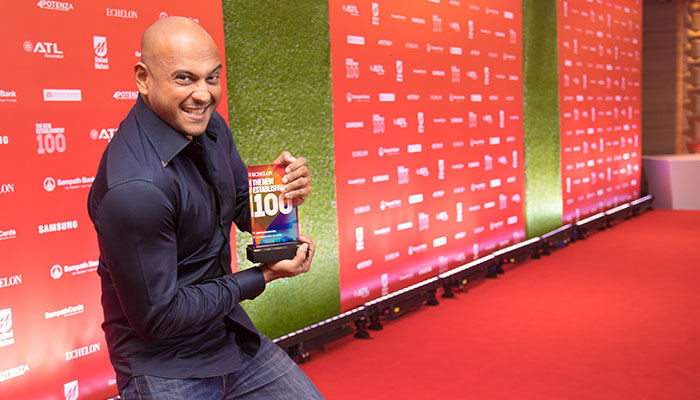