Mitra is well known in Sri Lanka as a service provider which helps innovative firms with digital transformation. However, just seven years after founding, Mitra is now investing in startups to transform them digitally. Mitra has always been adding new dimensions to its business. At founding in 2012, Mitra was not a software developer. It was a front-end delivery firm.

Dammika Ganegama co-founded Mitra in 2012 with a co-worker from Virtusa and another investor. In 1999, as a fresh IT graduate from RMIT University in Australia, Ganegama returned to Sri Lanka and joined Virtusa, then still a startup with a small team, working out of corridors in a house. He would be a part of the now digital giant until it went public on the NASDAQ in 2007.

He left Virtusa to work at Nadastra, a firm owned by a Virtusa co-founder, and consult for IBM. However, even as a university student, Ganegama had wanted to build his own company by the time he turned 35. Hailing from a family of entrepreneurs, he wanted to prove his mettle. He had been gathering the necessary experience to make this leap.

“Even though the founders may think they are in retail, aviation, food or logistics, every company today has to be a tech company to succeed.”

The three founders of Mitra set about to deliver digital services to clients while sub-contracting the creation of products to local tech firms. The founders leveraged on the networks they had built in the past with large global corporates. “But the sub-contracting didn’t work out. Because we had been at Virtusa, we had very high expectations of the services we should deliver. There were times when we went back to clients and said that we’re not delivering the quality of work we promised them. We even turned down some business.”

Ganegama and his colleagues decided that they should guarantee quality by creating their own intellectual properties, offer bespoke software development and optimise a small suite of existing products which could be sold to clients for their digital transformation needs. They started with an office set up at his mother’s house. From the onset, Mitra wanted to be different, because the market was overcrowded with ‘me too’ companies from countries like India and Vietnam, which were competing on price instead of their value-addition and innovation. From the start, Mitra’s clients included small and medium scale enterprises, corporates and government agencies from all parts of the world.

With its headquarters in the UK and a subsidiary in Sri Lanka, Mitra was profitable from day one. Every year, the firm doubled its revenue to reach over $10 million annually. Overseas expansions followed. Its office in Australia established four years ago now accounts for 30% of revenue, while new sales offices in Singapore and Germany are now operational. In 2020 the U.S. office will open.

In 2018, Mitra started investing in joint venture companies and offering venture capital to startups across the globe. It wanted to add another element to its vision of being a digital transformation partner. “These investments may not necessarily be aligned with our core, but we go in as a tech-enabling partner, integrating the back-ends and digitally transforming them. Even though the founders may think they are in retail, aviation, food or logistics, every company today has to be a tech company to succeed.”

Already, Mitra has identified two promising joint ventures based in the UK which it is going to continue investing in, although other projects were divested or placed on hold. Mitra, which has a board seat in each venture, is also bringing its expertise of creating a business which was profitable from day one, and which has strategic clients across the globe.

Ganegama says that Mitra is willing to engage for an extended investment period compared to the typical 5-year private equity cycle if ventures are especially promising. Mitra has plans to grow its investments by 150% by 2021.

Despite adding this new dimension to its operations, Ganegama says that Mitra will continue to rely on its core business to generate growth in years to come. Ganegama says that he wants Mitra and other Sri Lankan digital services companies to scale to such a level that their reputation alone would attract business to the country as an IT hub. “Then we don’t even need to sell ourselves,” he says. 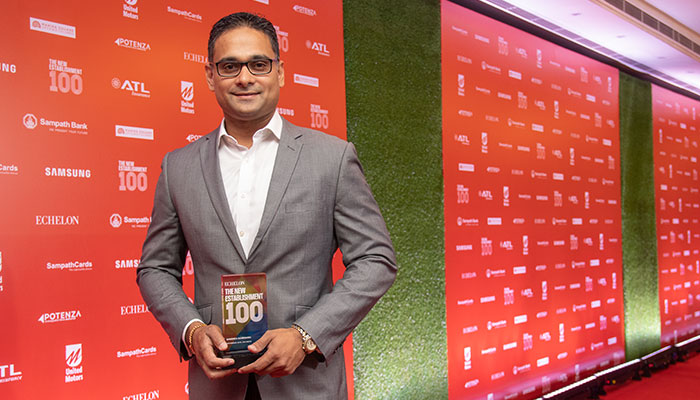