Dinali Peiris plays a central role in the reorganisation and restructuring that MAS Holdings is implementing. With group revenue close to $2 billion and 98,000 people in operations across 15 countries, the restructure is perhaps the largest of its kind in corporate Sri Lanka.

The 30-year business is in transition as its founders make way for the next generation of leaders. Peiris wants to see them live up to the values that built MAS and prepare them to meet future challenges in an intensely competitive, margin-driven global industry that is disrupted by digital technology and e-commerce.

“You’re moulding people, unlocking potential, unleashing talent and getting them to do things that they didn’t think possible,”

Peiris thrice declined the offer to head group HR. It wasn’t a lack of ambition. Taking responsibility for nearly 100,000 individuals spread across many countries is daunting, but it wasn’t that either. Peiris found her previous role as Director of Organisational Development, truly rewarding.

In her previous role, she was responsible for staff holding the designation of assistant manager or higher, including talent management; from selection, performance, learnings and culture, and succession management. “I was more passionate about this role and wanted to keep it until I retired. You’re moulding people, unlocking potential, unleashing talent and getting them to do things that they didn’t think possible,” she says. She did take up the position of head of group HR, eventually.

“The group is at an interesting inflexion point between a transformation, a turnaround and transition,” Peiris says. “This was why I took on the role. I want to influence change”. MAS has multiple business divisions that are specialised and serve specific clients. Besides this, they now own several brands of their own. As part of the restructure, individual performance will be measured more against the group’s P&L and less weighted towards the division they belong to.

“We need to be more agile, make decisions faster, and have more wholistic roles. We need to focus as one entity to take MAS into the future,” Peiris says. She suggests the new norm must become deeper collaboration and cross-fertilisation, and not competition among business units.

Peiris also wants to increase female representation in leadership positions from 21% to 50% and have at least one woman elevated to the MAS group’s board. She’s passionate about giving opportunities for people working on the shop floor to acquire the professional qualifications necessary to enter the middle management pool and progress from there. 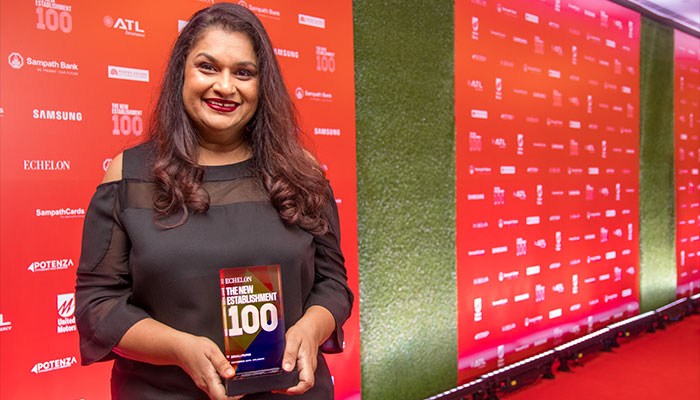