Ceylon Tea is as traditional as an industry could be. Most of the tea production is exported, either in bulk or packed for foreign brands. Much value addition and branding takes place overseas, in consuming markets or tea hubs like Dubai. Dinike Jayamaha saw an opportunity to bring value addition back to Sri Lanka.

In addition to cost benefits, processing tea close to home would also ensure integrity in the supply chain, which modern consumers demand. The inspiration came from his experience working at a leading apparel firm in Sri Lanka. Becoming an entrepreneur was not Jayamaha’s first choice. His ambition was to become the Governor of the Central Bank.

“For economies to grow beyond a steady-state equilibrium, shocks, such as disruptions or discovery of new resources are required.”

While reading for his bachelor’s in economics at Notre Dame University and his master’s at Cambridge, where he was a Cambridge Commonwealth Scholar, Jayamaha posited that for economies to grow beyond a steady-state equilibrium, shocks, such as disruptions or discovery of new resources such as oil, are required. He realized that he would not be able to help the country grow by working in the public sector and instead decided he had to push for disruption. He decided to disrupt one of Sri Lanka’s legacy industries from the colonial occupation, which was stagnant.

Tea exports, which had accounted for over 90% of Sri Lanka’s economy during the British occupation, had not grown over the past decade, hovering around $1.5 billion, less than two percent of gross domestic product. He realized that most tea extractors in Sri Lanka are merely brewing tea and boiling off the excess liquid. Jayamaha himself conducted trials on alternative methods, before knocking on the doors of large multinationals in Europe and North America. While they were enthusiastic about the idea, these food and cosmetic giants were averse to dealing with a newcomer.

Jayamaha then tied up with Sri Lanka’s largest tea exporter Akbar Brothers to set up a state-of-the-art extraction facility, which also drew the interest of one of the world’s largest flavour and fragrance firms, France’s MANE. Jayamaha says that coffee extracts are the natural next step for the firm. Ethical Extracts is aiming to become a key influencer in tea and coffee extracts in the future. Jayamaha however, still harbours a dream of becoming the Central Bank Governor, one day. 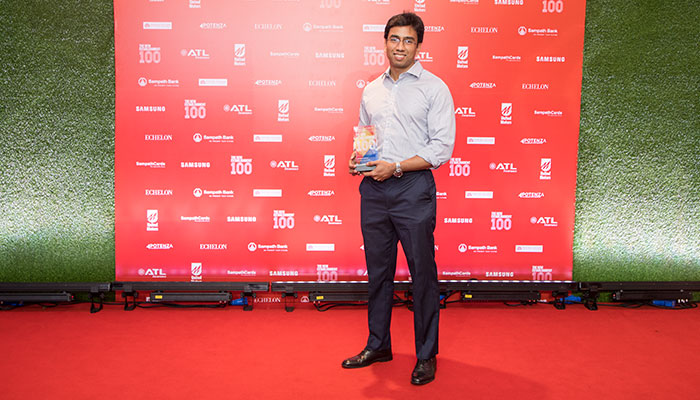