Fazal Fausz is passionate about entrepreneurship and innovation, having helped transform and make trendy the family umbrella business, under the Rainco brand, and diversified into a dozen ventures grouped under the holding company, Avarna—so named as many of them are about cover and protection. A separate passion project he helped launch nine years ago, Carbon Consulting Company, was a sustainable, profitable and fast-growing business by 2019 with a full-time chief executive and a team of 12 people drawn from academia and industry.

CCC’s turnover growth picked up to 41%, with more of it from overseas work recently after having grown sales at 22% since inception. CCC had projects in Myanmar and Oman and also worked with a few companies in India. “We find Sri Lanka is more progressive than most regional countries,” says Fausz. “It’s easier for us to sell ‘Green Consciousness’, a move towards environmental consciousness, here than in the region.”

“The idea is to take our products into the closed-loop economy, where everything gets recycled.”

Fausz was excited about CCC’s new plastic foot-printing initiative, building on its original work of helping companies measure their environmental impact – the total amount of greenhouse gas emissions a business generates, directly and indirectly. “I don’t think many people have tried it,” says Fausz. “Because plastic is something you can’t avoid.

How to minimize it is what we look at.” CCC had set its sights wide, offering its services from the Far East to the Middle East and Africa. Under the Avarna umbrella, the family business expanded to cover manufacturing, trading, retail and distribution, with about 15% of group sales from exports, which it hoped to grow. “We were a weather-dependent business, and we wanted to change to be less weather-dependent,” Fausz explains.

Avarna has a culture of encouraging entrepreneurship, having an initiative to groom its employees with entrepreneurial traits, giving them responsibility and mentoring them, referred to as ‘intrapreneurs’, to develop ideas within the group without the risks lone entrepreneurs face. “That’s how we built most of our subsidiaries,” says Fausz. “We champion them, then take them into spinoff businesses.

That’s been our style of working. They have the option of taking a stake in the business. It becomes a perfect combination.” Rainco, which developed a collapsible tent-like mosquito net, based on the umbrella’s folding components, had begun building an entirely recyclable umbrella in 2019. “The idea is to take our products into the closed-loop economy, where everything gets recycled,” says Fausz. 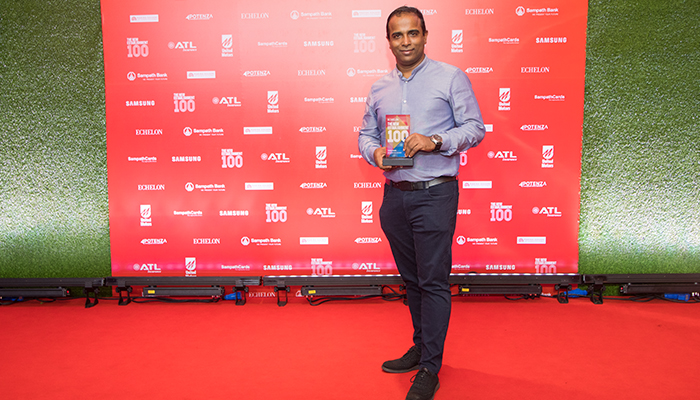