On a computer, the battle simulation systems SimCentric develops appear like a well-designed computer game. But, unlike games where a machine’s reactions to human players are hard-wired, some of SimCentric’s war simulation software is intelligent. The software improves tactical skills on its own to outflank human opponents. Haridhu Abeygoonaratne started his career at SimCentric a decade ago when the ambitious startup, which supplies battle simulation software to all the major Western military forces in the world, was being founded.

Today as its new managing director, Abeygoonaratne’s main challenge is to build better versions of battle simulation software that react dynamically so that the military training is as reflective of the real world as possible. Abeygoonaratne was SimCentric’s fourth employee and has grown along with the company.

Haridhu Abeygoonaratne started his career at SimCentric a decade ago when the ambitious startup, which supplies battle simulation software to all the major Western military forces in the world, was being founded.

SimCentric is one of the few startups with tech development done entirely in Sri Lanka. It has a commanding position in the area of its specialisation. Abeygoonaratne suggests Sri Lanka needs to create the conditions that can lead to other companies also developing products and building world-class intellectual property from Sri Lanka.

Although the potential of artificial intelligence was known for decades, it wasn’t useful until a few years ago, when leaps in computing power made it possible to deploy AI in everyday gadgets like smartphones, digital home assistants and even cars. Intelligent machines are now good at things like visual perception: cars that can read traffic signs and speech recognition and language translation available on smartphones. Steady improvements can soon hit a threshold from where it may become possible for machines to handle many more tasks previously requiring humans.

Abeygoonaratne suggests that SimCentric too will move into adjacent areas because the intellectual property their teams are now developing, mainly around crowd modelling, can be deployed in various applications. He suggests the bottleneck to accelerating growth by creating world-class software, is talent availability. The challenge is two-fold. First, SimCentric requires developers with advanced skillsets because their work is very specialised.

Second is the attitude of people. Abeygoonaratne says developers are most effective when they are able not just to code, but can take a product all the way to final deployment. Like other companies in the industry, SimCentric is challenged with teams able to take that responsibility. Abeygoonaratne says he spends a lot of his time empowering people to achieve this. 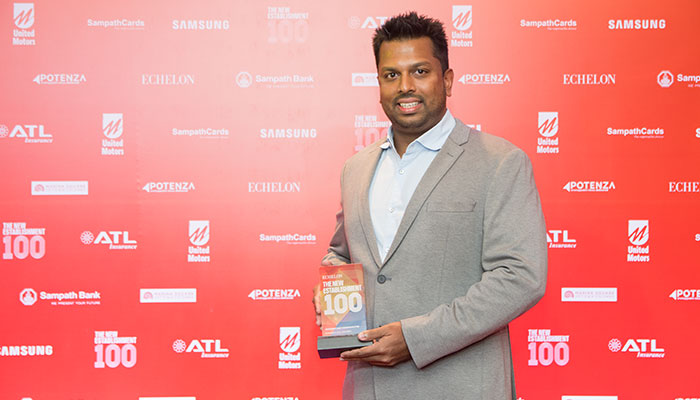