FriMi—NTB’s all-in-one digital bank, mobile wallet and payments platform—is one such example. At its core, FriMi is a regular saving account that doubles up as an e-wallet to pay for goods and services. By downloading the smartphone app, a user can input the data to open a savings account. Money can be deposited there or transferred into this account and payments to merchants can be made by scanning a QR code.  Merchants have their sales credited to their account immediately.

“The pioneers have gone out, and we’re planning on following them.”

“The biggest impact is that many small businesses in the informal sector are suddenly in the banking system,” Gunetilleke says. FriMi was launched in 2017, and it surpassed Rs1 billion in transaction value by December 2018. NTB’s American Express credit card business is having a similar impact on small businesses. For instance, a credit record history enables NTB to grant these retailers seasonal credit facilities without collateral. Gunetilleke’s banking career includes stints as the head of corporate banking Sri Lanka for global banking giant HSBC and global head for lending products, corporate banking, based in Hong Kong for the same bank.

But his most enriching experience was as country head at HSBC Maldives. “The operations were so small. It was like banking in a box,” he says. But the small operation there gave him a 360-degree view, “This helped me master the art of banking.” Except for his role in the Maldives, Gunetilleke was not taken up by these serious-sounding designations, nor the responsibilities that came with them.

“No matter how hard you work, you can’t influence change or have the satisfaction of steering such a large organisation towards a goal,” which was why he joined Nations Trust Bank for an opportunity to affect change.

Regional expansion is a critical area for Gunetilleke, that’s the future of Sri Lankan banking, he believes. “We do offshore lending in Maldives, India, Cambodia and Indonesia. Some of our corporate clients like MAS, Brandix, Hiradaramani, Dilmah, Munchee, Damro, and Sanken are already expanding overseas. The pioneers have gone out, and we’re planning on following them.” 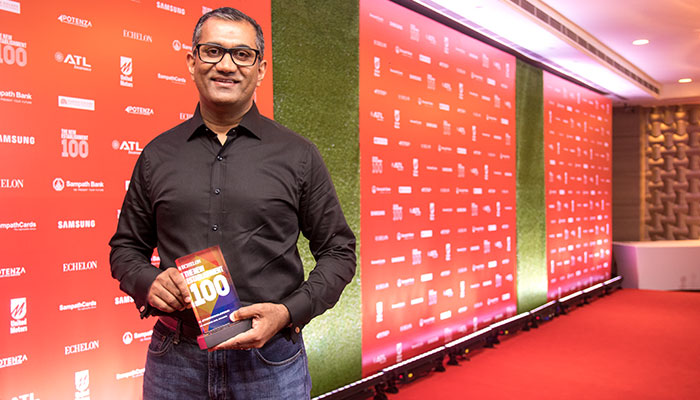