Just 60 economies in the world are over $100 billion and 45 of these achieved the feat with either large populations or significant reserves of metals or petrochemicals. Whether Sri Lanka will join this group without either advantage is not yet a foregone conclusion, says Hiran Embuldeniya, an Oxford and Harvard alumni, who has executed and advised on billions of dollars in transactions at Goldman Sachs and McKinsey & Company.

With a small population of 21 million, Sri Lanka needs to look outwards. Yet the two primary export industries have not risen meteorically over the past decade. Apparel exports have only grown from $3.3 billion to $5.3 billion, while tea exports have stagnated, growing by just $200 million to $1.4 billion. However, remittances have doubled to $7 billion, outpaced only by tourism which grew from a measly $350 million to $3.5 billion. Both have increased despite the lack of a concentrated effort to develop these income streams.

A Sri Lankan helped Amazon Founder Jeff Bezos with his university assignments. “The world’s richest man is within one degree of separation of Sri Lanka.”

Embuldeniya estimates that around half of the remittances are from housemaids, sending back almost the entirety of their salaries earned under challenging conditions. The other half are from either political or economic diaspora, sending back around 10-20% of their earnings every 1-2 years. Some of this diaspora are in the highest echelons of the world, and he estimates they control around $35 billion of assets. They could act as ambassadors to some of the world’s wealthiest. A Sri Lankan helped Amazon Founder Jeff Bezos with his university assignments. “The world’s richest man is within one degree of separation of Sri Lanka.”

Embuldeniya spent part of his life overseas and yearned to return. He envisions setting up a ‘Diaspora Development Fund’, with investments catalyzed from the diaspora and their networks. This fund would invest in health, education, transportation, rural development, poverty alleviation, female empowerment and capital markets. According to Embuldeniya, the most significant hurdle to this project is convincing the diaspora that their funds won’t be squandered. A professional fund management unit would be required. Sri Lankans too would have to shift their mindsets away from the negative connotations the word diaspora evokes, says Embuldeniya.

Such a fund is not too far removed from his current initiative, Ironwood Capital Partners, which he helped found. The private equity firm invests mostly diaspora funds in high growth potential Sri Lankan businesses. Following its experience in deploying a $20 million fund, the firm is looking to raise a new $20-30 million fund. 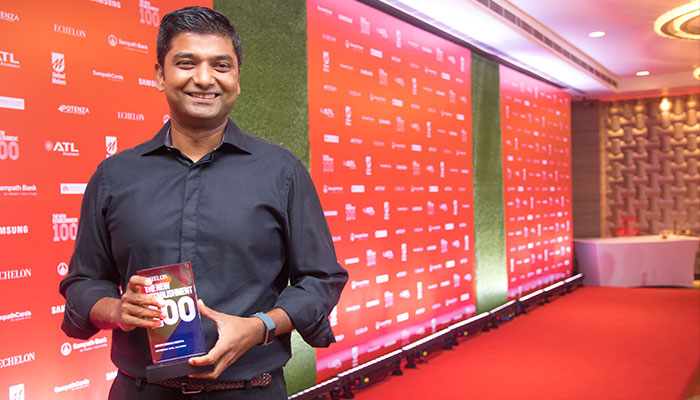