The health industry will debate the benefits of low-fat vs high-fat, keto vs paleo and CrossFit vs virtually any other type of exercise. But there’s seemingly no debate on whether a quality night’s sleep is one of the most important contributors to well-being: it’s a widely accepted fact. Prime to be cashed in on, right?

Amazingly though, pillows and bedding remained one of the more overlooked elements of our everyday lives. That’s something that Kamal Dole and Celcius were keen to change. In only a short span of time, Sri Lankan homes have begun to embrace the soft, satin-white bedspreads that were previously the sole preserve of five-star hotels.

Dole’s career trajectory began a long way from the bedding empire he now heads. Starting as a junior sales executive, he soon rose through the ranks and was leading a comfortable life for someone in their twenties, with perks that included a company car. Then Dole realised his career was stagnating. Wishing to move out of his comfort zone, he joined an apparel manufacturing company. He then moved on to a short stint at MAS, a leading apparel exporter, before ending up as a general manager at another company in the same industry, which operated a production facility at the Biyagama Industrial Zone.

This company specialised in jackets and winter coats but struggled with losing orders to China and Vietnam and had to be shuttered. Out of the ruins, rose Celcius. Dole’s R&D team at Biyagama had been experimenting with different fabrics and materials, some of which were also used for bedding products like pillows, duvets and mattress protectors.

“Years back, we were the primary place for sourcing, But in recent times, due to complacency and lack of development, Sri Lanka has lost that.”

Dole wondered if the factory could manufacture pillows since there was no visible brand in the local market. Dole partnered with his former boss, hired some of the workers he had to let go earlier and secured an investment. Consumer demand pushed Dole and his partners to expand into more areas and they soon added bedding, linen, towels and others to their line-up. Dole estimates that 95% of Sri Lanka’s hotel bedding, linen and towel requirements are now locally sourced, from an industry that Celcius arguably created.

The balance was a complete opposite a decade ago. What’s also impressive is that sales to the leisure sector only make up 25% of Celcius’ business thanks to transformational education and awareness, which has seen consumers buying locally manufactured bedding.

Now Celcius is aggressively making inroads into the international market. They’ve provided input into a newly-created fully organic cotton brand, ‘Four Leaves’, that will soon enter Europe. But Dole makes clear the export opportunities are significant beyond just his industry. He points to the Maldives as an example. “Years back, we were the primary place for sourcing,” Dole reminisces, “But in recent times, due to complacency and lack of development, Sri Lanka has lost that.” Celcius recently established an office in the Maldives.

Winning the local market was not easy. Celcius had to create awareness about the importance of a good night’s sleep and hired ‘sleep consultants’ within retail stores to help answer questions related to their bedding, to guide consumers in the right direction. The awareness campaigns included basic concepts that didn’t exist before; washing is one of the primary misconceptions. “Most people didn’t realise that you need to wash your pillows,” recalls Dole. “We had so many questions when we introduced them: ‘How do you wash them? Doesn’t it damage them? How do they dry?’”

A consistent presence on the shelves of their partner outlets is what Celcius has focused on lately. “People can quickly change their minds,” says Dole. He has analysed consumer behaviours around bedding products and has come up with two likely scenarios about spending decisions. If a consumer walks into a department store looking for a Celcius pillow but doesn’t find one, he or she would buy another brand.

“Even if they don’t like the pillow they bought, consumers will live with it and not make another purchase for at least six months,” Dole says. Second, not finding a Celcius pillow, a consumer may buy something entirely unintended, like a nice waste bin. Dole is keen to avoid missing out on sales so has invested heavily in Celcius’ branding and logistics, and ensuring their products are omnipresent.

The company collaborates with the Colombo Medical Faculty and the University of Moratuwa on looking for innovative solutions. Celcius has introduced anti-bacterial and anti-dust-mite treatment in pillows and other items of bedding. 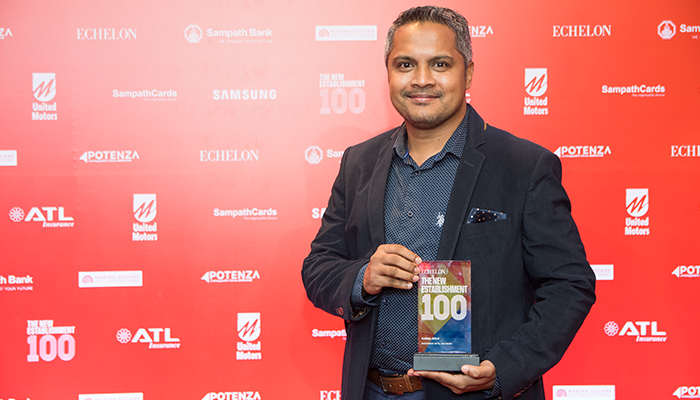