Kasun Rajapaksa and his team have transformed flip-flops, a simple, ubiquitous item of footwear, into a high street fashion accessory that commands premium prices, driving up profitability at the group of companies founded by his grandfather, Samson Rajapaksa.

DSI Samson Group has several trading & manufacturing businesses in footwear, tyres & tubes, rubber products and roofing tiles. The group also has businesses in agriculture, engineering, hydropower and tech. The group is famous for its DSI-branded footwear, a household name in Sri Lanka. Its most popular products are rubber slippers which were called ‘bathroom slippers’ in Sri Lanka and came in black or blue.

Kasun Rajapaksa and his team have transformed flip-flops, a simple, ubiquitous item of footwear, into a high street fashion accessory.

Despite being a third-generation family member, Rajapaksa had to work his way to the top. “The minimum entry qualification for a family member is a bachelor’s degree,” he says. They were also encouraged to cut their teeth in business outside the family company.

Rajapaksa got his degree and found work at a tech company before joining the family as a management trainee. Fifteen years later he was appointed as the Managing Director of DSI Footwear and also as a Director of the group which employs 10,000 people across 15 industries. Established brands run the risk of being complacent. This was a trap Rajapaksa and his team were keen to avoid. He began investing in R&D and repositioning products. The success of this strategy is visible in the group’s bathroom slippers segment.

Rajapaksa had worryingly noticed falling margins for flip-flops. Production volumes were still high to keep up with demand, but cheaper imports were exerting pressure on prices, “We realised we had to reimagine flip-flops,” Rajapaksa says. The DSI team introduced a range of new colours and designs, and gave the slippers a brand, ‘Waves’, immediately transforming it into a fashion accessory. The design team was given the mandate to go crazy and experiment.

They tried out different colours, designs and even came up with new shapes. DSI also used synthetic rubber which made it easier to blend colours. Waves flip-flops command a premium price and consumers are willing to spend more for a trendy pair. DSI manufacturs one million pairs each month. The company also supplies flip-flops to global high street fashion brands such as H&M. 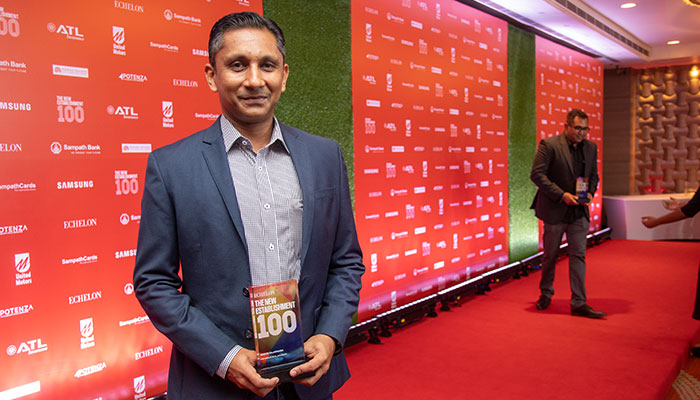