Having spent his early childhood sailing with a seafaring father, Mevan Peiris fits naturally into his role at Ceyline Holdings, steering the expansion of the diversified maritime business, with a particular passion for encouraging young people to take up careers at sea. He has vague but fond memories of his early life at sea, until he began schooling. Back then, vessels spent days in port and his father, as ship’s captain, was allowed to take family on board.

Peiris found the merchant marine interesting – “It was in my blood, breathing in the sea all those years ago,” – but chose not to pursue a career at sea, after realising in his mid-teens he was destined to join the family’s thriving shipping business. “It was after my Ordinary Level examination I realised my destiny one day would be at Ceyline. So I started shaping my future to one day join the family business.”

Group ventures span from the original ship agency business to crewing – it is the largest crew management firm in Sri Lanka – and ship management, marine education and training, ship repairs, ship supplies, bunker broking, marine surveys, maritime insurance and Flag State representation.  They also do refrigerated container management and repair, container modifications, freight forwarding, and logistics. While the group has diversified into healthcare and leisure and travel, the focus remains on its core maritime business.

“We are a diversified marine services group that covers every aspect of shipping,” says Peiris. “We can handle anything and everything in shipping.”

“From a very young age my parents really drilled into my head two things, to appreciate the value of money and the importance of earning your living.”

Peiris joined Ceyline in 2012 after a five-year stint at Australian National Line (ANL), where he rose up the ranks fast and became cargo superintendent, as well as the youngest vessel planner managing ANL’s biggest ship. He came on board the family business as manager, business development, for one sixth of the salary he was paid in Australia. He recalls having a rigorous upbringing, “From a very young age my parents really drilled into my head two things, to appreciate the value of money and the importance of earning your living.”

When he took over as group director, business development in 2018, Peiris set an ambitious target of doubling the annual revenue of Rs2.5 billion in five years through organic growth and mergers and acquisitions. One year later, turnover had risen 20% to Rs3 billion, mostly from the education sector, which Peiris says was “doing amazingly well.”

One third of revenue was from CINEC Campus, originally called Colombo International Nautical and Engineering College, the brainchild of Peiris’ father. CINEC, in which Aitken Spence, another group with significant shipping interests, is a partner, was the biggest contributor to group sales as a standalone business.

The campus caters to over 20,000 students and boasts a 100% employment rate, with many students securing jobs even before graduation. The acquisition of Califolink Logistics, a logistic service provider for the automotive industry, was followed by other growth plans, including getting into ship owning, with $10 million earmarked to buy a bulk carrier, and work with importers of bulk cargo. That will enable other group businesses to benefit by providing crew and ship management.

Peiris is particularly keen on promoting seafaring and getting the island’s youth more involved in the maritime sector. He initiated the formation of a young shipping professionals’ forum soon after he joined Ceyline. The initiative tive, which he canvassed with the Ceylon Association of Shipping Agents (CASA), proved very successful and mirrors efforts by advanced maritime countries to lure young people into shipping and other related careers.

Young Shipping Professionals of CASA soon got a permanent position in its executive committee, as well as in fora involving other shipping-related bodies. It was renamed YoungShip Sri Lanka, becoming part of the Norway-based YoungShip International, formed to be the voice for young people in the maritime industry. While cargo ships are getting automated, demand for cruise ship crews is growing. Peiris believes Sri Lanka has an opportunity to supply more seafarers, with ship owners seeking to reduce reliance on the Philippines, the dominant seafaring nation.

“My vision—it should be a national effort—is that we really become a seafaring nation. Today we have a pool of 6,000 to 7,000 active seafarers who generate $300 million in annual remittances by working on board foreign ships. If we grow that to about 60,000 seafarers we can bring in about $3 billion in remittances. We have to make that shift from housemaids to seafarers.” 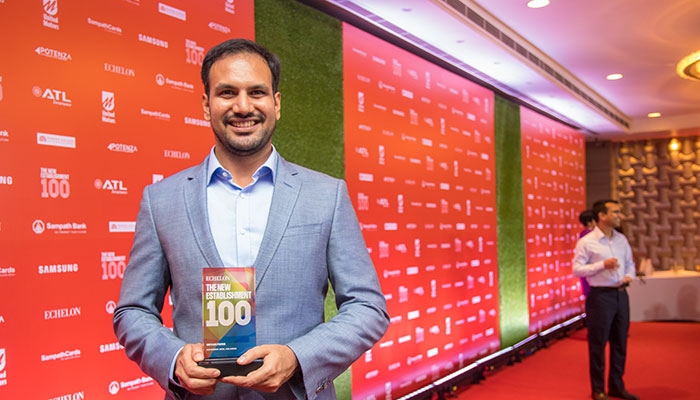