Most of Sri Lanka’s largest businesses, including many of the publicly-listed firms are family-controlled. However, globally, 97% of these do not survive beyond the third generation. In some instances, the third generation fails to develop the required business acumen. Many others shun the family business to pursue different ventures. Families worry about preserving their wealth for generations to come. LYNEAR Wealth Management advises and manages family investments. It has a Securities and Exchange Commission license for fund management. Separate from the regulated business, Lynear is also the only ‘multi-family’ office in the country, catering to an exclusive list of clients based in Sri Lanka and abroad. A multi-family office is an independent firm which guides the inter-generational transfer of wealth of many families. In addition, LYNEAR coordinates tax and legal matters for families. It also offers services to build the family brand name by managing its philanthropic activities. Since its founding in 2013, LYNEAR has flourished.

LYNEAR Wealth Management advises and manages family investments. It has a Securities and Exchange Commission license for fund management. Separate from the regulated business, Lynear is also the only ‘multi-family’ office in the country, catering to an exclusive list of clients based in Sri Lanka and abroad.

Naveen Gunawardane is a co-founder and managing director of LYNEAR. The firm is far removed from the particle physics accelerator at Stanford University in California, where Gunawardane researched his PhD in Physics, completed at Imperial College London. He traded anti-matter and Higgs Boson Particles for bonds and stocks in the 1990s when a wave of physicists switched track to finance. He found that the equations for determining the behaviour of particles and derivatives were not unlike each other. After a spell at Goldman Sachs, where he specialized in financial modelling for risk management, Gunawardane returned to Sri Lanka during the 2001 ceasefire after 14 years abroad. Brimming with a desire to build the country through capital markets, he worked at leading corporates including Amba Research, the investment bank Capital Alliance and acted as a consultant for corporates and projects.Leveraging on his rigorous mathematical training as a physicist, Gunawardane was instrumental in pioneering quantitative analysis for finance in Sri Lanka and attracting the first outsourcing contracts on the discipline to South Asia at Amba. However, he was yearning to leave a mark on Sri Lanka’s economy with his own enterprise.

That opportunity came in 2013 when Gunawardane and a group of his former workmates were brainstorming ideas. They were invited to a few conferences introducing the concept of multi-family offices in Malaysia, where the idea was starting to take root. Multi-family offices were almost unheard of in Asia then and even single-family offices within a family business were uncommon. The friends were inspired. The start was at a snail pace, as many local families were hesitant to experiment on a new concept. LYNEAR was initially offered small lumps of assets to manage until it proved its mettle. As the firm generated returns, so did its reputation grow, in whispers. LYNEAR was scaling rapidly but then it had to face a new challenge; not many graduates were willing to join an unknown company. Two of the founding partners were former Presidents of the local CFA chapter, which helped attract some sharp minds and Gunawardane too contributed.

He had formed an intricate link with the University of Colombo, having delivered a seminal guest lecture on mathematical modelling for finance before he had founded LYNEAR. The lecture had such a lasting impact that the mathematics department, nearly a century after its founding developed its first master’s program in Mathematical Finance, for which Gunawardane helped devise curricula. It also helped that the future head of the department had past experience working with Gunawardane. He leaned on this relationship heavily and continues to do so, to fill LYNEAR’s ranks and build a name as an exciting employer. Yet, it is not a household name; a state of affairs Gunawardane is happy to continue. He prefers to let the track record of LYNEAR be the main asset in marketing the firm. Gunawardane believes that LYNEAR has just scratched the surface and the only limit for multi-family offices may be the speed of development of Sri Lanka’s capital markets. In the future lies collaborations with fellow multi-family offices across the globe, or a venture outward, as more local family businesses seek global expansions and foreign families explore opportunities in Sri Lanka. 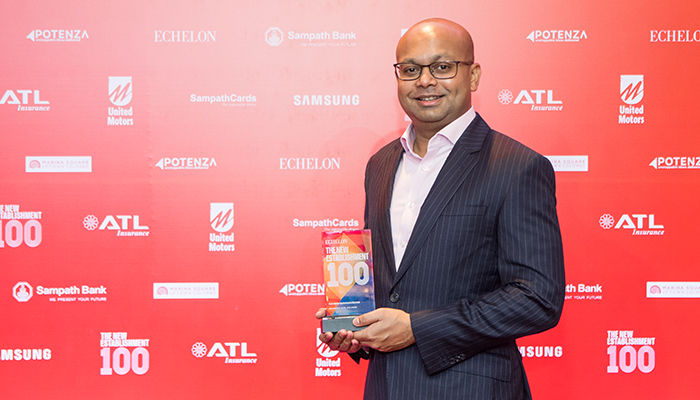