It would not be possible to find a Sri Lankan business with a more significant global footprint than MAS Holdings. However, operating in 16 countries also means understanding the tax and legal systems in each jurisdiction.

This responsibility falls on Rajitha Jayasuriya who describes the complexity and challenge; “we have legal firms on retainer in these countries, but I need to know these laws too because we have to know what we sign. In some countries, it’s more complex than others. In the U.S., we need to know state and federal laws.”

“I was determined to add value to the company, and not just be a post box for the external lawyers. So, I took this as a challenge,”

As a law student, Jayasuriya’s passion was to become a criminal lawyer, but as she graduated, she realized that her calling lay elsewhere. She went on to obtain her Masters in Corporate and Commercial Law. Around 2003, while she was working at a law firm in Colombo, MAS Holdings was establishing its corporate offices. It was looking for an in-house attorney to monitor the work of their outside counsel. Jayasuriya was asked to come in for an interview, but she was unsure if the position had scope for growth. “I was determined to add value to the company, and not just be a post box for the external lawyers. So, I took this as a challenge,” she says.

MAS Holdings was then in expansion mode. It was signing many joint venture and acquisition agreements. Jayasuriya noticed that the group management’s entire focus was on ensuring that the production process was perfect. “Everything was about perfecting manufacturing and pleasing the consumer.” She realized that there should be robust corporate governance processes in place. Jayasuriya also found that the group’s intellectual properties required greater security.

With little on her plate, Jayasuriya dove in, sitting in meetings, advising a group which was solely focused on sprinting to the top of the world in apparel manufacturing. Some felt that she was overstepping, but they would eventually come to realize the prudence in her advice. Now, every major strategic decision at the group requires her seal of approval.

A job Jayasuriya worried would not test her now stretches her every day. As MAS becomes a fully integrated conglomerate from the previous individually operating group of subsidiaries, she has to set up common corporate governance policies encompassing the entire group. As MAS continues to expand globally, Jayasuriya’s role will also grow. 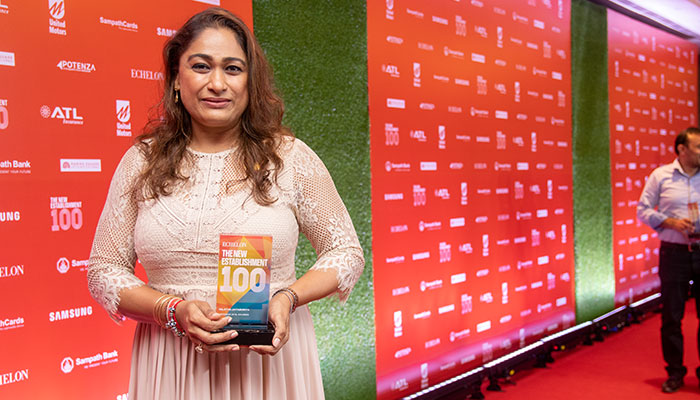