Talk to most people in the banking industry, and they’re of the same mind-set: that the future of banking is digital – there’s not much room for dispute there. What can be argued, though, is when digital banking investments will pay off? Ramesh Jayasekara is a career banker with international exposure. He worked with HSBC, before becoming the deputy regional financial controller at the French bank BNP Paribas for the Middle East Region.

He joined Seylan Bank in 2011. Seylan Bank was going through a tough period, emerging from a crisis in 2008. Joining as chief financial officer, he was one of many critical strategic hires aimed at turning the bank’s performance around. He later became the chief risk officer, and now at 41 years of age Jayasekara is the head of corporate banking. Jayasekara also serves as the acting chief executive of Seylan Bank, when the current chief executive is overseas on leave.

“We should look at Singapore and Malaysia, and follow their trends, but we’re still significantly behind the rest.”

Today, Seylan Bank has a total asset base of over Rs480 billion, and deposits of over Rs375 billion. Jayasekera attributes the turnaround to the strategic plan implemented post-2012. The 2012-2015 strategy that took Seylan to profitability saw sweeping changes being made. Their staff of 3,900 was reduced to 3,300 – that’s even while it added 60 new branches to its network. The bank is now implementing its 2016-2020 Strategic Plan, focused on digital transformation.

With increased investor confidence and a stable foundation to work off, Seylan Bank is halfway through their next phase of transformation. According to Jayasekara, the push the banking sector is making for a more significant digital presence is a long-term play; one that may not see returns within the next two to three years. Those who may be investing hundreds of millions into digitization expecting to see returns in the space of a year will therefore be disappointed.

Despite the country having a mobile phone penetration rate of 1.3 times of its population, the embrace of digital platforms and digital channels is comparatively lower to those countries in the region. Jayasekera points out that the scenes that play out in Colombo are far removed from the banking elsewhere in the island, and that Sri Lankans still like to feel connected to a physical branch.

He estimates that Sri Lanka’s digital bank penetration is only about 10%, but that within the next ten years it has the potential to grow to around 40% – 50%. The challenge, then, will be to get new and existing customers to embrace the digital age. “Banks now don’t open many new branches,” says Jayasekara. “At Seylan Bank, we have 173 branches, and although we have the mandate to open up to 225, we don’t see significant physical expansion beyond that. Even now the majority of our investment is into our IT infrastructure, platforms and channels.

But does he see a reduction of brick and mortar branches, akin to what is seen in the west, any time soon? “It’s happening in developed markets, but I don’t see it happening in Sri Lanka for the next ten years,” Jayasekara says. Instead, we’re seeing branches being run leaner, especially when you consider the set-up cost for a new branch is in the region of Rs15 million. “We should look at Singapore and Malaysia, and follow their trends, but we’re still significantly behind the rest,” says Jayasekara. The focus for the future of the banking sector, therefore, is a stimulus of the digital platforms and channels, and one which Jayasekara and Seylan are investing heavily in being prepared for. 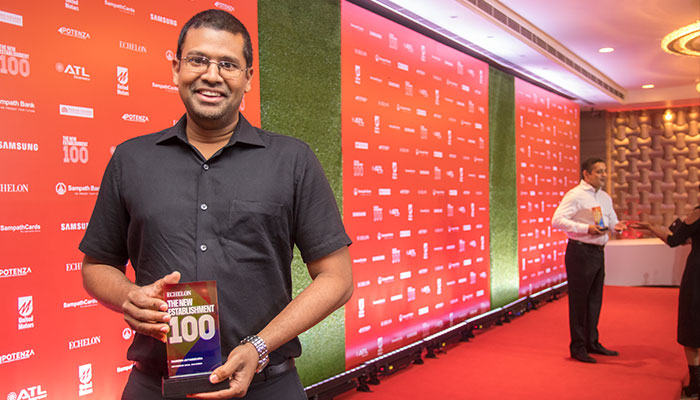