Rohan Jayaweera’s fascination with technology began with movies like The Matrix offering a glimpse into a realm where people and tech were entwined and the possibilities this could afford. And this was exciting.

His interest was also marked by a keen awareness of the democratization that technology offered. “What excites me even today is that technology is an enabler. It democratizes the playing field, and it’s a game of merit. If you’re good, if you’ve got the chops and if you got what it takes, you can win,” says Jayaweera.

Still known to most as the first representative for Google in Sri Lanka, he explains that his work trajectory allowed him to keep learning and moving according to the ebb and flow of tech trends. “I think I changed jobs more frequently than the status quo would recommend,” he says wryly. “Part of it was intuition and part of it was luck, but I was always able to catch the next big thing that happened – whether it was personal computing systems, networking, digital marketing or cybersecurity,” Jayaweera notes.

“Knowing that even if you lose everything, it cannot go below what you come from makes you do certain things – and that hunger, ambition and willingness to take risk is so important.”

Jayaweera and Niranka Perera co-founded Antyra in November 2014 after observing customers shuttling between multiple agencies for different digital solutions. They would head to one supplier for social media, another to manage their websites, and so on. Antyra began by positioning itself as an omnichannel digital services business – the agency works as a unifier for all things digital.

“To really harness the power of digital, you need to be able to give a cohesive, integrated proposition to customers. It’s really hard to pull off, but that’s what customers needed. Customers didn’t want to speak to a web company and a social media company and then someone else and try and figure all this out,” Jayaweera says.

The company’s name is a nod to The Antikythera mechanism – a sophisticated ancient Greek analogue device hailed as the world’s first computer, which was used to predict astronomical phenomena in the ancient world.

Jayaweera demarcates the digital landscape into two components: branding and performance. The bulk of Antyra’s revenue comes from the latter. The company looked to see how it could carve its niche through performance and futureproof its core business. Instead of only touting metrics such as views, likes and engagement, Antyra’s sales pitch was that it offered solutions for customers who wanted concrete business measurements. “We allow customers a scalable business model to achieve their revenue goals and our propositions are built around digital channels. We wanted to have hard measures. There are certain businesses where you can tie up the engagement all the way to a sale, like in the hospitality or e-commerce space. You can’t hide behind metrics such as awareness – the data is right there,” says Jayaweera.

In the last five years, Antyra Solutions has identified its key strengths and core businesses and morphed accordingly. What is notable is how Antyra has managed to make its mark and be sustainable in a bloated space that has relative ease of entry, numerous clients scrambling to embrace digital and a lot of competition capitalizing on this scramble.

A team of over 30 steers the midsized company, with the bulk of its revenue coming from performance customers. In 2018, Antyra Solutions ventured out into Singapore. The company takes pride in its organic growth, other than an initial angel funding. The downside to this is that further scaling the business to foreign markets and spending on business development and customer acquisition is slow – but they’re not in a hurry just yet.

Jayaweera’s personal journey is also guided by hunger and specific value systems emphasizing hard work that were embedded since childhood. “I was very fortunate. .

“Knowing that even if you lose everything, it cannot go below what you come from makes you do certain things – and that hunger, ambition and willingness to take risk is so important,” he emphasizes. “I don’t take anything for granted. I don’t believe I am entitled to anything; I earn it. Someone asked me what makes you get out of bed. Well, I’m alive – for me, that’s the most exciting part. You wake up and think ok let’s start from here.” 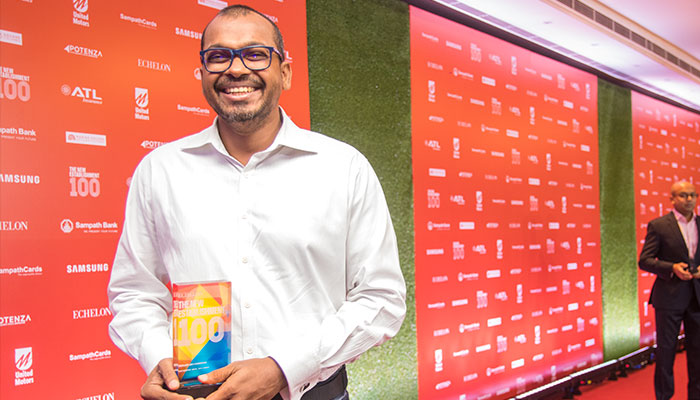