Sri Lanka has a market of 21 million consumers. It is far too small to scale for businesses, which explains why most large companies have grown horizontally into diverse areas to cater to the same market, instead of vertically, says Senaka Kakiriwaragodage.

For instance, Sri Lanka’s exports to gross domestic product had fallen to 13.8% in 2018, from 33% in 2000. The fund Kakiriwaragodage manages attempts to help Sri Lankan companies grow vertically, to scale their core business by accessing international markets. The NDB Zephyr Emerald Fund is a private equity (PE) fund. PE is a new phenomenon which did not exist in Sri Lanka five years ago.

Kakiriwaragodage believes many Sri Lankan firms have listed earlier than they should have, cracking under the pressure of public expectations. PE funds help entrench good corporate governance so that a firm can handle the rigours of being a publicly-traded entity in the future.

PE can be deployed in several ways, including growth, mergers and acquisitions, debt restructuring, and taking listed firms private. PE fulfils the funding requirements of firms that have graduated from venture capital investments but are not ready for a public listing. A PE fund invests in a minority stake of a business, takes a board seat and often appoints suitable executives as a part of the agreement. PE funds help entrench good corporate governance so that a firm can handle the rigours of being a publicly-traded entity in the future.

Kakiriwaragodage believes many Sri Lankan firms have listed earlier than they should have, cracking under the pressure of public expectations. The NDB Zephyr Emerald Fund is Sri Lanka’s largest PE fund with $40 million. The fund is primarily involved in growth, specialising in firms with export potential. Kakiriwaragodage is eyeing annual returns of 20-30%. The fund has invested in a tech firm with some export revenue, and a coconut product maker with markets only outside Sri Lanka.

The PE fund has also invested in the PVC ceiling manufacturer Idea Group, turning the firm from a net import trader into a local manufacturer with exports. Kakiriwaragodage’s fund is also creative. Tourism is Sri Lanka’s fastest-growing services export which the fund wanted to plug into, but investing in hotels was too capital intensive. It instead invested in a laundry firm that would derive higher revenues from hotels as tourism grew.

The NDB Zephyr Emerald Fund is hoping to fully deploy its investments by 2020. Another fund is likely to follow. Kakiriwaragodage is, however, of the view that angel investors and venture capitalists need to invest and grow more businesses for PE funds to choose from. Having said that, he is optimistic about the future, as Sri Lanka aspires to become a financial hub in South Asia. 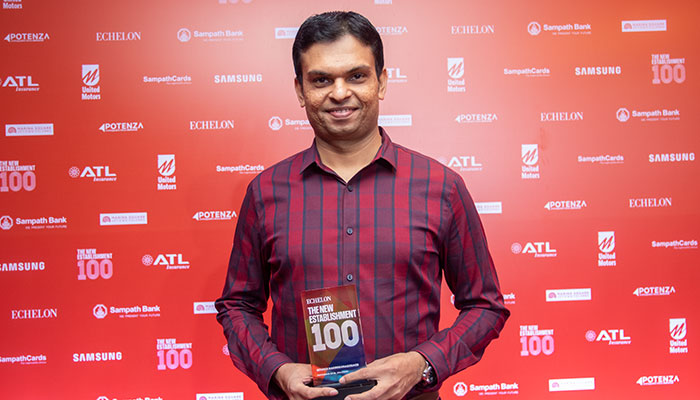