When Shamindra Rajiyah returned to Sri Lanka from university in the UK in 2001, he had one goal – to build Asia’s most advanced coconut processing facility for export in three years. Eighteen years later he is still here, now as Executive Director of Renuka Holdings. The family-run business employs over 1,800 people, exports to 52 countries and has a gross profit of Rs1 billion.

Parts of the Renuka Group date as far back as 1886. In 1936 Rajiyah’s grandfather bought those units and went on to establish Renuka Holdings in 1978. Rajiyah’s parent’s scaled the food side of the business and by 2001 were exporting to 40 countries. Rajiyah made his mark by transforming the business beyond exports into a fully-fledged FMCG business. To do so, he had to develop brands and products that would be accepted by the local market. He credits his parents for his optimism, which saw him acquire Shaw Wallace Ceylon in 2011 and Richlife Dairies in 2012.

“My parents were always bullish. It’s been ingrained in me from a young age that Sri Lanka is home and its people like us who have to make a difference.”

Today, the four units of the food and beverage (F&B) business—agri, superfood, FMCG & dairy—have been tied together under Renuka Foods with Rajiyah as Managing Director. There is evident pride when Rajiyah speaks about the positive impact the company has on 7,000 rural farm households.

In the last financial year, the revenue turnover from Renuka Foods was Rs8.5 billion. Rajiyah, who describes his approach as ‘conservative and careful,’ is continuing export expansion. His five-year goal is to cement the company’s position as a top-five food and beverage FMCG company, in their chosen product portfolios.

By 2024, he’s aiming for a top line of Rs20 billion. Succession planning demands the attention of many family businesses and Renuka Holdings, already in the third generation, is no exception. As well as expanding the company beyond its export focus, since taking the helm, Rajiyah has exited business units – even profitable ones – that were outside of the company’s chosen focus area of food. While controversial at the time, he was determined to make the changes driven by a vision of creating a stable and robust business that will stand the test of time. While Rajiyah would welcome the next generation to the business, it’s not something that’s automatically expected of them. “I want to make the transition from a family-run business to one that, one day, is family-owned but independently run. That’s my hope for the next generation.”

Along with restructuring the company so that it runs independently, Rajiyah is also addressing revenue volatility. While the food business remains the core, he is adding real estate development and other investments to the business activity. Weather fluctuations mean agriculture-related income is volatile, and several good years can be followed by several bad ones.

Developing the investment and property portfolio will give stability for the group at the holding company level by supplementing the income from F&B. The group will in stages commence development on several parcels of undeveloped land it owns. The first project, a 32-storey commercial complex in Colombo, with A-grade offices, retail and leisure spaces, is expected to be completed by 2022. As well as providing a mix of revenues, the property portfolio will not demand day-to-day management time to generate returns.

With a young family of his own, Rajiyah increasingly feels the need to reconcile business growth and its demands on his time. This sense of freedom – of time, and choice – is another part of the legacy he hopes to leave for the next generation.

“My parents gave me the freedom to be involved if I wanted, and I now see myself as a guardian of a business that must evolve and remain, irrespective of who is running it.” Rajiyah’s passion for growing businesses brought him back to Sri Lanka 18 years ago, and it hasn’t dimmed since. As a guardian of the business, he hopes to give the fourth generation the freedom to choose their level of involvement. 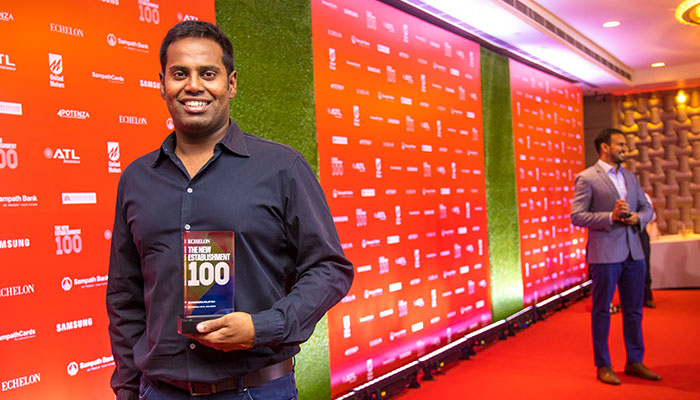