“All of a sudden I always had to have wads of money on me,” he reminisces, “around half the stores I would shop at didn’t accept plastic.”

Fast forward to 2019 and PAYable, the company Wijesiriwardane co-founded and is CEO of, is helping merchants around the country process card payments. PAYable is an affordable cashless payment solution.

Wijesiriwardane realised that the high cost was putting bank-provided card acquisition machines beyond the reach of small businesses.

The terminals themselves retailed for thousands of dollars, so when banks gave them out to merchants, in addition to the commission, they expected a high transaction revenue. In 2013, when Wijesiriwardane began investigating, this commitment started around Rs400,000 a month, an amount which automatically excluded small merchants out of the system.

Through PAYable, Wijesiriwardane set out to change this and to make payment processing inclusive and accessible. They set a goal of reaching 25,000 merchants within 3 years, an ambitious target given there were only around 33,000 existing merchants in Sri Lanka at the time.

PAYable has a diverse range of clients. High growth areas include telecoms shops and tourism businesses like tour operators and drivers who were previously ‘cash-only’. The system is a light-build and deliberately designed to use low data to keep down the merchants’ cost of use.

The founders soon realised that a licencing model, using technology from other companies would not be ideal. In order to make the business successful in the Sri Lankan market PAYable needed mass growth. To pay a fee for each license would be cost-prohibitive and purchasing foreign hardware wouldn’t offer the customisation freedoms they were looking for.

“We knew then that we had to build the hardware. The prototype was a laptop that spoke to a bank’s testing environment. Once we got a successful response, that’s when we knew we could really build this.”

Before PAYable, only registered businesses could be on-boarded by a bank as a merchant. Through its close relationships with banks, the company has been able to cut through the red tape and allow individuals, not just businesses, to become merchants, enabling them to process card payments for the first time in Sri Lanka.

The impact of this is significant. Small businesses, street food sellers and independent operators suddenly have the means to access card payments, opening their business to new customers and supporting growth.

“With everything you need a little luck on your side,” says Wijesiriwardane. It was a case of the right timing that technological advancements, particularly with Bluetooth, facilitated the smooth and streamlined communication between the devices required for these transactions.

From 300 daily transactions and 3,000 merchants in year one, PAYable has grown to 4,000 daily transactions and close to 25,000 merchants. They have partnered three significant banks: Seylan Bank, Commercial Bank and NTB, with other partnerships in the pipeline. The company has nearly 90 on its team, approximately 40% of whom are on sales & retail. A vigorous sales model that actively chases leads and a dedicated customer service line are giving the tri-lingual PAYable products their competitive edge. The business has grown because the product is free of cost to the merchant and the bank. With ongoing developments in the technology, a small, refundable fee will be introduced for receiving the card reader unit.

PAYable has a diverse range of clients. High growth areas include telecoms shops and tourism businesses like tour operators and drivers who were previously ‘cash-only’. The system is a light-build and deliberately designed to use low data to keep down the merchants’ cost of use.

Awareness is an ongoing challenge facing the business, particularly in rural areas. There are approximately 16 million debit cards, out of a population of over 21 million. Still, many people are not aware that the cards, marketed as ‘ATM’ cards, can also be used at a point of sale, Wijesiriwardane says. Sri Lanka remains a 93% cash economy, and he intends to claw into this cash market and take online 100,000 merchants by 2022.

PAYable are also beginning to take their solution overseas, focusing on emerging markets like Bangladesh, Myanmar and Nepal that resemble some of the trends they identified in Sri Lanka. Their first agreement was signed with a local partner in Bangladesh, a vast market with a high concentration in several hubs that Wijesiriwardane expects will make deployment easier. The first Bangladesh transaction should take place in early 2020, and he expects a third country to be operational by 2022.
Other markets, like China, have leapfrogged card payments in favour of apps and digital payments.

Wijesiriwardane believes Sri Lanka will still be card-dominant for the next five years due to the sheer volume of cards in the market. But, PAYable is already preparing for the future developments in transaction processing by welcoming all payment methods, QR codes and apps included. “There will always be a merchant and always be a consumer,” he says. “The methods of transaction between the two is the space we operate in.” 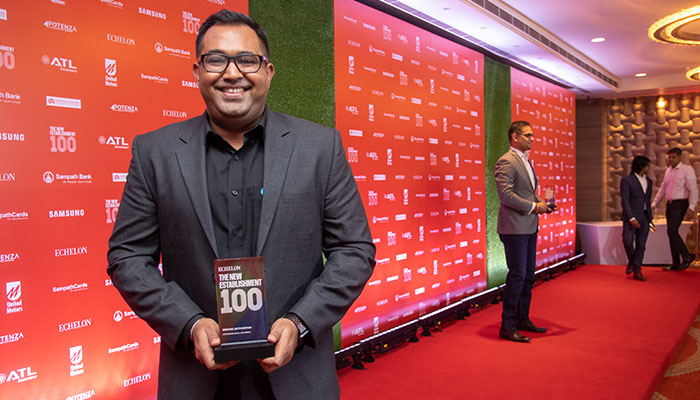